Even though Wilhem Steinitz is still consistently ranked as one of the Top Ten Greatest Chess Players in History, his reign as World Champion did not absolve him of criticism. His approach was based on positional advantages, and though it would later become widely accepted as an elementary strategy, it was initially considered cowardly. Yet … Continue reading → 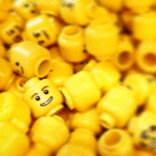 Reading Past My Bedtime- Book Reviews

Piercing through the Winds

Alas! Ephemeral; it was nothing, but a dream.

Using the wisdom of the ancient world in the modern one

Life of a Physics Major

The place where the sky and the earth meet

Mother, Nehiyaw, Metis, & Itisahwâkan - career communicator. This is my collection of opinions, stories, and the occasional rise to, or fall from, challenge. In other words, it's my party, I can fun if I want to. Artwork by aaronpaquette.net

Musings, stories, and other sundry combinations of words.

a beginning, middle, and end.